Women tend to have a shorter, smoother and more open forehead. Furthermore, they have less pronounced supraorbital arches while the ridge or thickening of the bones above the eyebrows is less prominent or practically non-existent, more similar to those of children. Women’s eyes are usually rounder, larger and set wide apart, giving them a more expressive look. This is what feminising your forehead is all about.

In a female face, excessive thickening of the bones above the eyebrows is a feature that gives you a hardened, masculine appearance and expression. Furthermore, the shape and location of the eye orbits are different in men and women. While men’s are squarer and lower, women’s are rounder and higher.

This means that facial feminisation of the upper third of your face involves remodelling the fronto-orbital area and reconstructing the anterior wall of the frontal sinus. This softens the appearance of your forehead and enlarges your eyes. 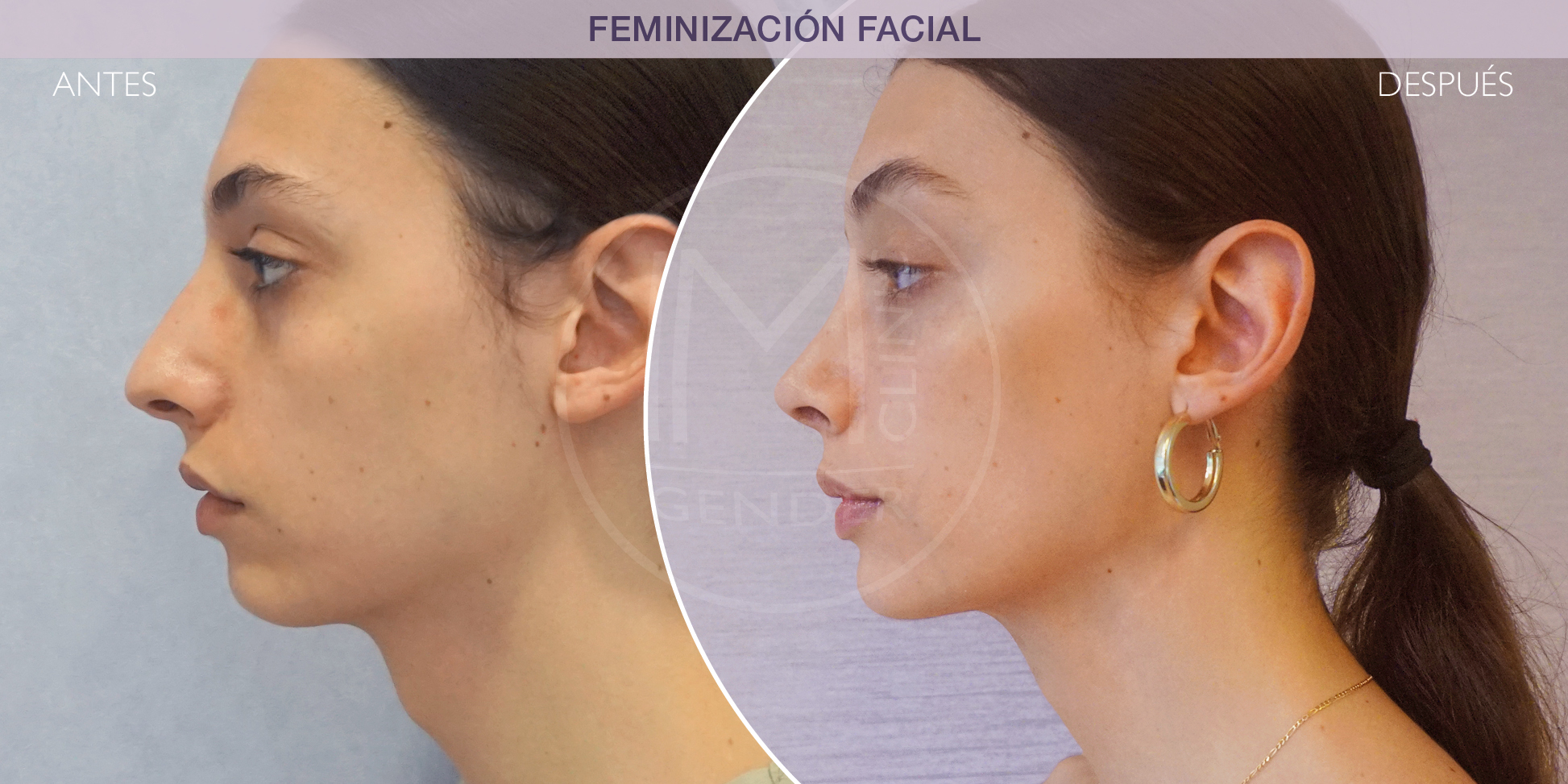 The results of facial feminisation

Knowing the before and after of facial feminisation surgery that the IM GENDER team performs can help you gain a clearer picture of the results you may attain. It helps you to see cases similar to yours and gain an idea of the final result.

Would you like to read more of IM GENDER’s experiences and testimonials?

Your stay at IM GENDER

Before your surgery, we need to conduct an analysis of your facial anatomy (a CT scan of the frontal sinuses, thicknesses and so on) as there are various techniques available. Choosing one or another will depend on the pre-operative study.

You will be admitted on the same day as your forehead feminisation surgery. This surgery is usually performed under general anaesthesia. Its duration will depend on each case and the surgeries that may be associated within the context of feminisation.

Your stay at IM CLINIC will depend on the facial feminisation techniques that are required in your specific case. Your stay will usually be from one to three days, during which time IM GENDER staff will take care of your health and comfort.

The final decision on where and how the incisions should be made are taken after a diagnosis and assessment of your wishes and needs. Cranium reshaping is usually performed by grinding so as to reduce the sharp angles of the male cranium.

Forehead feminisation surgery is performed on several levels: Lowering the temporal ridge (area A in the illustration). The temporal crest is a lateral thickening of the cranium where the temporalis muscle arises. In men, this muscle is much thicker. It is involved in the chewing process, which is harder in men. Therefore, they need a stronger, thicker incision. Using a grinding technique, the temporal ridge is reduced to smooth it out, bringing it onto the same plane as the rest of the cranium.

Enlarging and rounding the eye orbits in the cranium (area B in the illustration). To achieve a feminine proportion of the eyes in the face, the upper and lateral rims of the eye orbits are ground down, thus increasing their height along with their median and lateral diameter. This grinding also includes the central area of the forehead and its junction with the nose. This results in a more convex, smoother, softened profile. In women this area is narrower than in men, which visually gives the impression that women’s eye orbits are further apart while men’s are closer together. During this operation, the surgeon must be very careful with the place where the supraorbital nerves emerge from the roof of the eye orbit, as well as other supratrochlear and infratrochlear nerves. By lowering the central forehead and upper nose area, a slimmer, more feminine forehead is attained.

Flattening the frontal sinuses (area B in the illustration). The frontal sinuses are a thickening of the cranium above the eyes, which are larger in men than in women. This thickening is not related to the thickness of the bone, but is a hollow cavity with air inside and is usually no more than 2 mm thick. This means it requires a very precise facial feminisation technique and expert hands to achieve a smooth, convex forehead. The aim of this surgery is to flatten the frontal sinuses.

There are different techniques, the choice of each of which will depend on the results of the prior study. The most common is grinding the frontal sinus roof and impaction. With this technique we also reduce the space between the frontal sinuses while maintaining the anterior layer of bone that protects the area.
Another technique is remodelling based on excision of the frontal bone plate (osteotomy), which is carried out using ultrasound devices. The area is then remodelled and reattached. The final result is significant, making the forehead strikingly more feminine.

Once all these forehead elements have been feminised – softer temporal ridges, larger, rounder, more widely separated eye orbits, thinning the nasal and central areas, flattening the forehead and reducing its angle – we determine whether or not the hairline should be brought forward.

The IM GENDER team will also assess other aspects contributing to the harmony of your features, including their proportions and the concept of beauty so as to achieve beautiful, feminine features. These include, for example, raising the eyebrows, achieving more almond-shaped eyes, attaining a clearer gaze, fuller temples (through lipofilling) and more. In addition to forehead feminisation, other techniques exist to feminise and beautify non-bony elements. Such elements include raising and arching the eyebrows, as well as raising the outer corners of the eye. 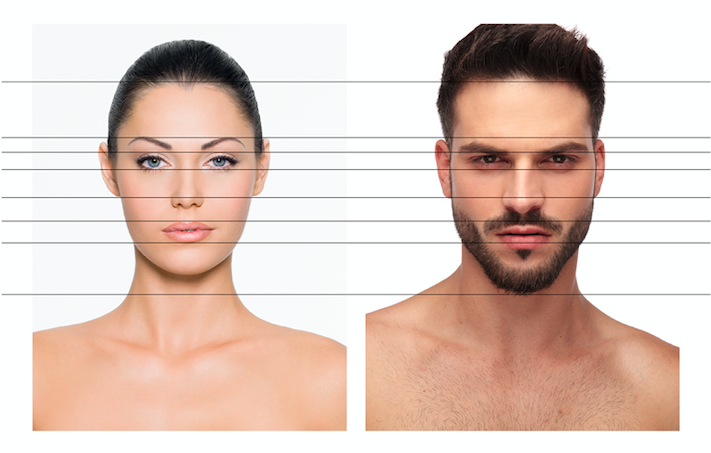 The result of these techniques is a sweeter, more feminine face with softer, rounded angles. While results may be appreciated imminently, your definitive appearance will become visible after about six months.

The scars will be virtually invisible as they are hidden by your hair or at the hairline once your hairline is brought forward. 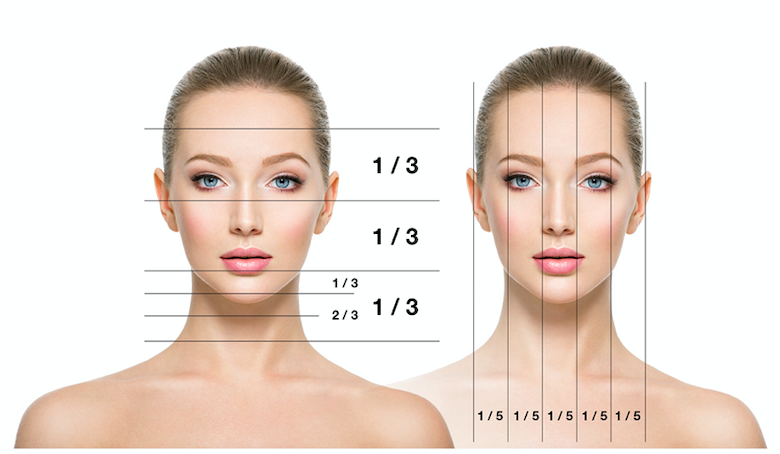 It is important that you make sure to rest relatively well for the first few days. Avoid lifting weights and squat down by lowering your head before your body.

CARING FOR THE AREA OPERATED UPON

Your eyelids have a tendency to swell. Applying cold tea will help reduce swelling. Keep your head elevated when you rest or when sleeping, using pillows or cushions.

You can shower normally, but it is important to keep the sutures dry. So use your hairdryer but always with cold air, never hot. Also avoid your hair remaining wet or damp.

If you have undergone feminisation of the lower third of your face, we recommend you follow a soft diet for the first seven days after the operation.

Before restarting your sports routine, check with your doctor when it is appropriate to start and what type of physical activity is most suitable until you fully recover.

It is very important you do not miss any visits after your surgery so that the IM GENDER medical team can evaluate your progress.

At IM GENDER we have been specialising in the care of transgender people for more than 20 years. Two decades of experience, professionalism, research and training endorse our medical team and staff.

Would you like more information about facial feminisation surgery? Do you want to know the price of a feminising rhinoplasty?

Before and after surgeries

Any questions or doubts? Need financial help? Ask for our IM DAYS!

Would you like to receive our latest news, treatments and IM CLINIC discounts?